Winning the Campaign: State Trends in Fighting the Treatment of Children As Adults in the Criminal Justice System

“Winning the Campaign: State Trends in Fighting the Treatment of Children As Adults in the Criminal Justice System" finds that the number of children prosecuted as adults has plummeted over the past 15 years, and more laws passed and implemented over the past three years are likely to reduce those numbers further. 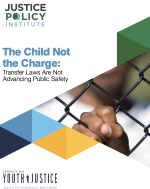 Raise The Floor: Increasing the Minimum Age of Prosecution of Youth as Adults 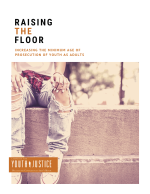 State legislatures across the country are passing laws to “raise the floor” by raising the minimum age at which a child could be prosecuted as an adult, according to a new brief by the Campaign for Youth Justice, Raise The Floor: Increasing the Minimum Age of Prosecution of Youth as Adults.

The brief highlights legislative efforts in a variety of states including California, Connecticut, Illinois, Kansas, New Jersey, South Carolina, Tennessee and Vermont that have raised their minimum age of transfer for at least one of their transfer mechanisms.   For some states, including California, Florida, Kansas, New Jersey, Oregon and Rhode Island, raising the minimum age resulted in the state getting rid of one of its transfer mechanisms altogether.

Removing Youth from Adult Jails: A 50-State Scan of Pretrial Detention Laws for Youth Transferred to the Adult System 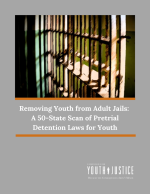 Removing Youth from Adult Jails: A 50-State Scan of Pretrial Detention Laws for Youth Transferred to the Adult System,” highlights state readiness to remove children under age 18 from adult jails.

The brief was released in response to the passage of the Juvenile Justice Reform Act of 2018 (JJRA), signed into law on December 21, 2018. The JJRA reauthorized the Juvenile Justice and Delinquency Prevention Act (JJDPA) for the first time in sixteen years and, in addition to many other important reforms, the law will now require states to remove all youth, including those transferred to the adult system, from adult jails and lock-ups pretrial.

Souls of Young Folk: The Disproportionate Prosecution of Black Youth as Adults in New Jersey 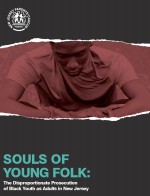 Souls of Young Folk: The Disproportionate Prosecution of Black Youth as Adults in New Jersey is a brief by the New Jersey Parents’ Caucus and the Campaign for Youth Justice which highlights the historical and social treatment of black youth in New Jersey and the emergence of the state’s youth waiver laws.