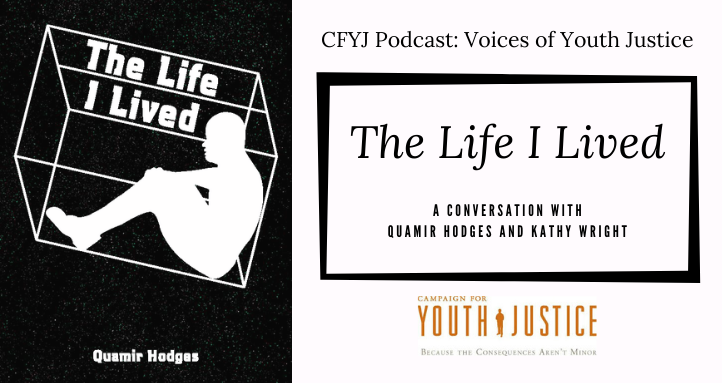 Quamir Hodges, is author of the new book, “The Life I’ve Lived” in which he shares his deeply personal story about his life and his experiences while being incarcerated--- Quamir lives in Montclair, New Jersey and is a youth advocate leader with the New Jersey Youth Justice Initiative and a member of the New Jersey Youth Caucus, serving as an advocate for other youth who are incarcerated in New Jersey’s juvenile justice system.

As part of his advocacy, he has been instrumental in ensuring that youth with special education needs were provided appropriate educational services and support during their incarceration.

We were also joined by Kathy Wright. Kathy is Executive Director of the New Jersey Parents Caucus, a non-profit organization that works to establish a formalized support network for families raising justice-involved youth.

Join our latest episode of the Voices of Youth Justice Podcast as we speak with them.

A Conversation with Vicki Reed On "The Car Thief" 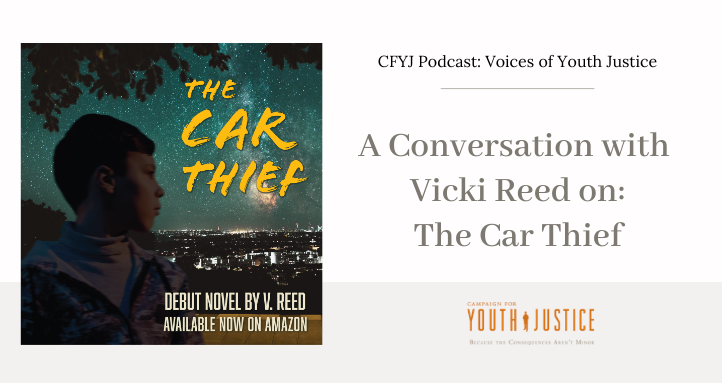 Want a novel about Juvenile Justice written by someone who knows the system? Vicki Reed’s new book shines a light on the good, bad, and ugly in an entertaining way.

In April of 2020, she released her debut novel, The Car Thief, which follows a young teen through the child welfare and criminal justice systems.

Join our latest episode of the voices of Youth Justice Podcast as we discuss her new book.

A Discussion with Jason Smith on Raising The Age in Michigan 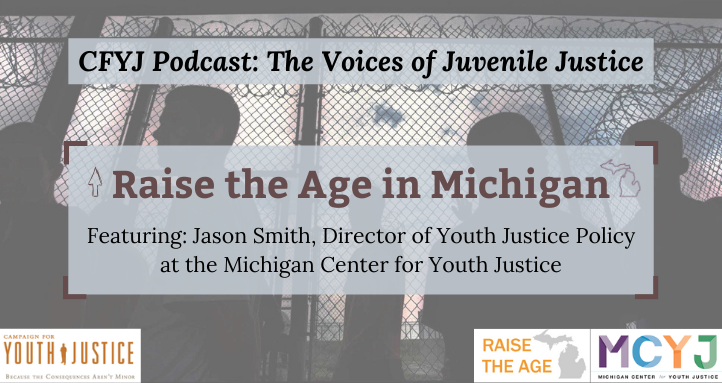 Over the last decade, the number of children prosecuted as adults each year has dropped from around a quarter of a million to 75,000 or less. The main driver of this drop has been the movement across the states to Raise the Age of adult court jurisdiction to 18. Michigan is the most recent state to pass such legislation, which was signed into law by Governor Gretchen Whitmer on October 31, 2019. The campaign leading to this landmark achievement took several years, and among the leading advocates was the Michigan Council on Crime & Delinquency, now known as the Michigan Center for Youth Justice (MCYJ).

A discussion with Joann Self Selvidge and Sarah Fleming, Co-Directors of the forthcoming documentary film “Juvenile” 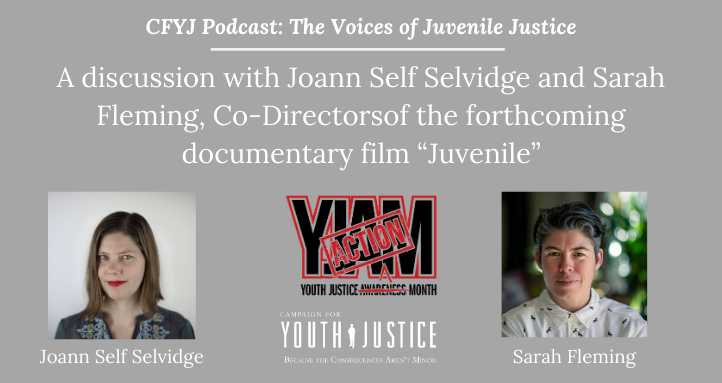 In this episode of the Voices of Youth Justice Podcast we had the pleasure of interviewing two incredible filmmakers, Joann Self Selvidge and Sarah Fleming, who are currently working on a feature-length documentary called “Juvenile”, which “explores how communities across the country are breaking and remaking their justice systems. Driven by the personal stories of five youth who were justice-involved as teens, the film traces their pathways into the system and their journeys of trauma and healing.” 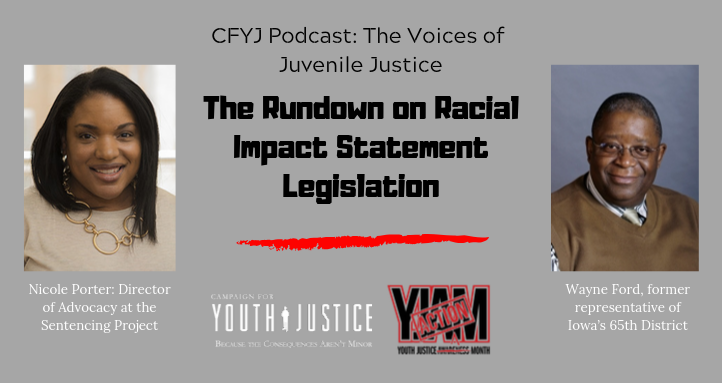