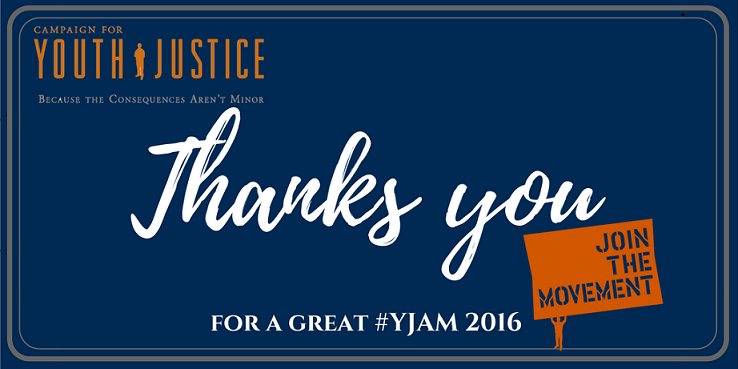 As another Youth Justice Awareness Action Month draws to a close, there are at least two very important things left to do:

First: VOTE!
Organizing events, webinars, and online chats is vital for raising awareness and building support for positive changes to the way we approach youth justice, but on November 8, we can put that awareness into action. Folks in California can vote #YesOnProp57, and end the power of prosecutors to direct file kids into the adult court. In other states, voters can choose who prosecutes and/or judges our youth in courts of law, as well as legislators to pass and Governors to sign laws that reform flawed youth justice practices.

Second: Tell your Senator to vote to update the Juvenile Justice & Delinquency Prevention Act (JJDPA).
The JJDPA has been providing support for our country’s youth for over 40 years, and the new version (which has already passed in the U.S. House), will do even more to set standards and protections for youth in state juvenile justice programs. Tuesday, Nov 15. Call Sen McConnell 202-224-2541 and Sen Reid 202-224-3542 and ask them to pass JJDPA this Congress!

Let’s close #YJAM 2016 with a bang, by taking action in these two very important ways!