Ending 2017 on the Right Note: Happy Holidays From The Campaign Youth Justice

What a year it has been! We are so thankful to all of the families, state partners, researchers, journalists, fellows, policy champions, and funders who have contributed to ending the adultification of youth this year. Now, more than ever, we know the power of and need for our movement.

Embracing the Rights of the Child: The US must Prioritize and Ratify

On December 10, 1948, in San Francisco, in the aftermath of the most brutal war the world had ever seen, a group of delegates gathered to sign the Universal Declaration of Human Rights, a simple 30-article document outlining the basic rights to which all humanity is entitled and which all governments should respect, protect, and fulfill. Over the years, the principles of this Declaration have been fleshed out by more detailed treaties called Conventions. No Convention has more universal endorsement (at least on paper) than the Convention of the Rights of the Child (CRC), ratified by every country in the world – except the United States.

Study Details Benefits to Missouri of “Raise the Age”

Over the past two years, four states have “Raised the Age” of criminal court jurisdiction to 18 – Louisiana and South Carolina in 2016, and New York and North Carolina earlier this year. While these recently passed laws have yet to go into effect, there are only five states that still charge all 17 year olds as adults no matter how minor the offense. Missouri, which has had a reputation for being a leader in juvenile justice because of its “Missouri model” of youth detention facilities, is one of those five states.

By Rachel Marshall Wednesday, 20 December 2017 Posted in 2017, Across the Country

In 1998, the Good Friday Agreement brought an end to three decades of conflict in Northern Ireland known as “The Troubles.” Even after the peace process, many in Northern Ireland harbored a deep distrust in police and the larger justice system. As part of the healing process, the government realized a complete overhaul of the justice system was needed. From this realization emerged a focus on restorative justice. In 2002, the Northern Ireland Justice Act created a statutory scheme for juvenile justice establishing a restorative justice model as the primary mode of intervention for justice-involved youth. While the model was initially established for 10-16 year olds, in 2005 the statute was expanded to include 17 year olds. Restorative justice is used both in pre-sentence diversion, as well as court-based intervention, with most low-level offenses dismissed with only a “caution.”

Happy Thanksgiving from CFYJ - Thanks for Your Giving

We hear from young people and their families every day who are impacted by the injustices of the adult criminal justice system, about the barriers they face, and the urgency for reform. This Thanksgiving, we would like to THANK some of the families and young people who were incarcerated as adults for all that they keep GIVING to the movement.

It is said that all politics is local. It’s also true that all – or at least most – criminal justice is local, and that’s especially the case when it comes to youth involved in the justice system. So while Presidential election years and even-numbered years when members of the U.S. Congress are up for re-election may draw the most attention, off years like this one should not be ignored.

This November 7, mayors, city and county government officials, judges, and local prosecutors, are up for election across the country, and the winners and losers of these races will have a profound impact on local criminal justice policies and practices.

TRICK OR TREAT: Why Treating Children Like Adults is S-C-A-R-Y (Copy)

October 31 is Halloween.  It is a time when some communities celebrate the childhood joys of fantasy and play, dressing up as our favorite heroes or villains, and confronting our fears of the darkness.  Witches, ghosts and goblins remain stories whose monsters go away for a year once Halloween ends. Parents and children trek out to the pumpkin patch, carve pumpkins and drink warm apple cider. Children get to explore their neighborhoods, and later enjoy a pumpkin head full of treats.

In other communities—Halloween is not something children celebrate.  It’s a time when you hunker down inside with your family, when you make sure your doors are locked because people who are out, are looking to do harm.  There are places where monsters are real and where safety is jeopardized, sometimes daily; where “tricks” far outnumber “treats” and where childhood play ends at a much earlier age.

My colleague, Torrie, who is from the Bronx and runs Voices Unspoken, dubs the former communities as those with the “privilege of safety.”  Safety is, but shouldn’t be, a privilege. Safety also shouldn’t be defined as law and order. Especially for children.

Children who are prosecuted as adults learn far too early that the privilege of safety doesn’t apply to them. That the nightmares built around Halloween are an everyday occurrence in the adult system. They are real, recurring, and unnecessary.

Here are reasons why treating children like adults is S-C-A-R-Y:

Sex Offender Registries.  Children charged as adults are placed on sex offender registries for life. This includes children who have never touched another child. As states are moving to re-examine the ways they treat children charged with sex offenses, and removing “mandatory” registration requirements, children sentenced as adults don’t get this case by case review.

Confinement, isolation.  Due to federal laws such as the Prison Rape Elimination Act (PREA), state facilities are required to separate youth under 18 from adults in their housing units.  Since the number of youth in any one facility is often small, corrections officers often place children in isolation to comply.  This is torture, and PREA strongly recommends against solitary confinement as an approach to compliance. If children remained in the juvenile system, occurrences of isolation are monitored much more closely and many states have strict time limitations on how long a child can remain separated from the general population.

Arrests and interrogations.  When police officers arrest children, they are required to notify their parents who are allowed to be present during the interview.  This does not apply to children charged as adults, no matter how young.  Police are not required to explain complexities like Miranda rights in child-friendly terms, and children often waive their rights to counsel or sign admissions without an attorney present. Children should not be interrogated without an adult in the room, no matter how serious their charges.

Racial and Ethnic Disparities. Our justice system disproportionately prosecutes and sentences African American, Hispanic, and Tribal youth as adults, despite similar offending by White youth. All children deserve the protections, support, and age appropriate interventions of the juvenile court with the goal of keeping youth in their homes and communities.   Given the large number of youth charged as adults who end up on probation, or remanded back to juvenile court, an individualized case review by a juvenile court judge is necessary for any child who faces an adult conviction. There are plenty of evidence-based practices that hold children accountable and reduce recidivism.  Unfortunately, our system does not apply these practices in all communities.  This is unacceptable.

Young people are not mini adults, and shouldn’t be treated as such.   Our adult criminal justice system is broken; it focuses nearly exclusively on punishment, and places all vulnerable people in dangerous and violent conditions. For young people, the exposure to such a punitive environment can permanently disrupt healthy brain development. The vast majority of children charged as adults had no independent case review to determine whether charges were appropriate.  Given the serious ramifications of an adult conviction, no child should be charged without a judicial review that balances individual factors of each child.

Historically, children who are involved in the justice system at a young age are much more likely to be arrested again as adults. In an effort to dismantle this correlation and increase the likelihood that justice-involved youth have positive outcomes, California has recently passed a number of bills. These bills address various hurdles that make it much harder for youth with criminal records to be successful upon release. All of the bills move away from the “one size fits all” logic in order to give children better opportunities for rehabilitation and judges more leeway to determine a fair punishment. 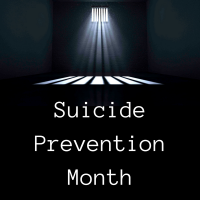 September is national suicide prevention month. Throughout the month, individuals and organizations alike will be drawing attention to the problem of suicide and advocating the prevention of this terrible tragedy. Suicide is a national health problem that is also one of the leading causes of preventable death in our nation. As we reflect on this month and what we can do help with prevention, we must remember a very vulnerable population-- young people in adult jails and prisons.

Guest Column: Don’t Give Up on Latinx Youth 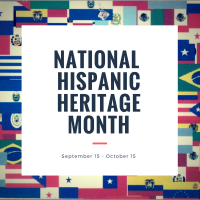 September 15 marks the beginning of National Hispanic Heritage Month, a month dedicated to celebrating the histories, cultures and contributions of American citizens whose ancestors came from Spain, Mexico, the Caribbean and Central and South America.

It also marks a dark time in our Nation’s history, where the federal government and Congress are increasingly calling for the closure of US borders; and targeting immigrant youth and families for deportation under the guise of “public safety.” This week, the US House of Representatives will vote on HR 3697, “The Criminal Alien Gang Removal Act”. If passed, the bill will create new vague and overly broad grounds of removability based on a sweeping new definition of "criminal gang," triggering racial profiling and putting the United States in violation of its international obligations to protect asylum seekers. This follows on the heels of the administration’s repeal of DACA in the next 6 months, a decision that will impact 800,000 young people and their families who have lived in this country since they were young children.