#YJAM: The little conversation about luck 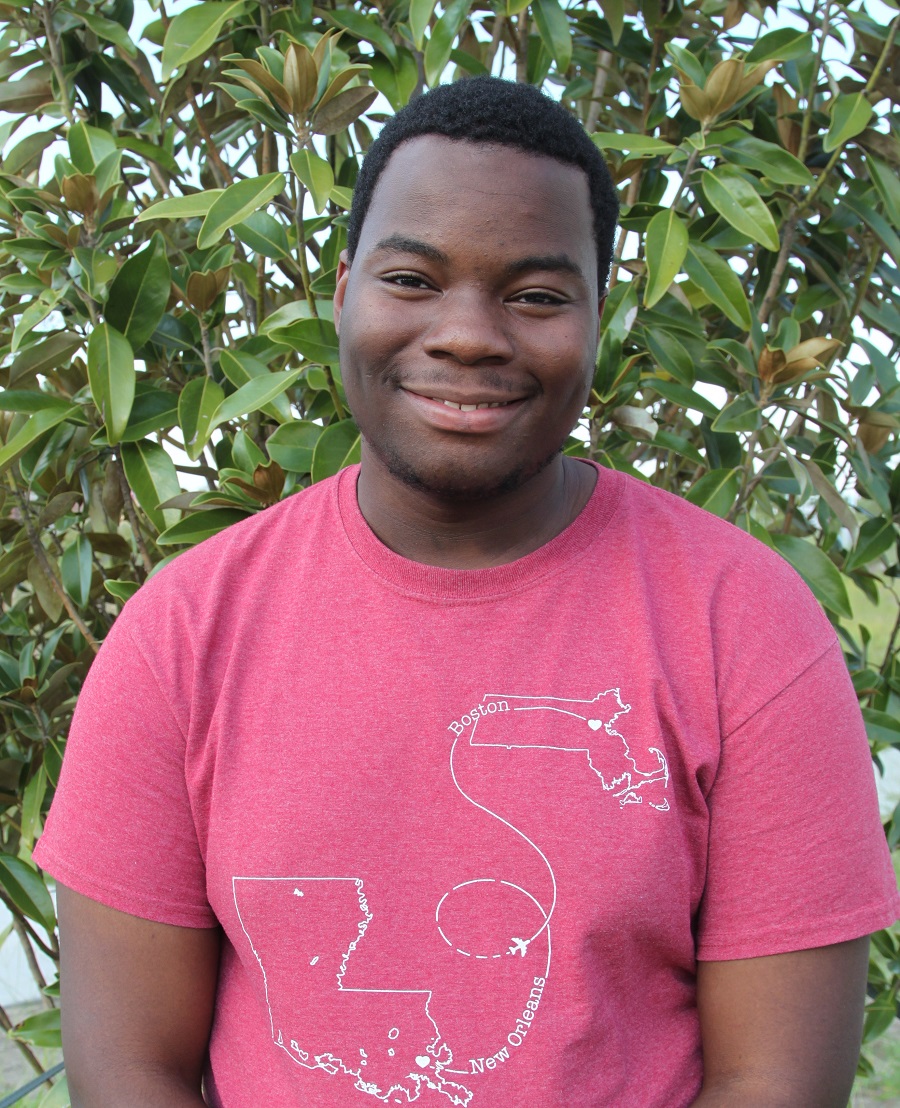 So what can I write about from my perspective? I mean I am not a lawyer. I’m not a judge or politician. I am just an intern in the New Orleans juvenile public defender’s office. But I am young black male. I am 20 now but only three years ago, I could have been in the same place a lot of the kids in the system are in. See I came from a lower income area, I went to public school, and I also did my fair share of juvenile misbehaving. The only difference between my story and so many of the kids we see on these streets…I got lucky.

Now that’s not to take away from my own hard work but it’s the truth. I got lucky to have good parents who are still married and raised me the best they could even with financial struggles. I was lucky enough to go to a really good public high school (The real purple and gold, Warren Easton). I was lucky enough that I never got caught when I misbehave and when I did misbehave I had people behind me to check me whenever I stepped out of line. But for a lot of kids in this city, they don’t have that luck.

See, their reality is going to schools that don’t teach them. Their reality is growing up in single parent homes where their mother has to struggle to provide. Their reality is much different than mines but it’s close enough where I can feel it and understand that could have been me. But for many of the people in this juvenile system, they don’t know that reality. They just see black bodies committing crime. That’s all they see and they stand on their high horse. We have judges that chastise young men for sagging their pants. But do they ask if that young man even had enough money to buy a belt? People chastise young women for selling their bodies in these streets. But do they ask if that young woman has been sexually abused like so many others?

So when I think of my story of how lucky and blessed I am, I get upset a little bit. I think of my accomplishments like graduating high school and going to college and I think why can’t others achieve this? I don’t think it’s because they didn’t pull themselves up by the boot straps and work hard. I don’t think it’s because they have terrible parents and terrible schools. No, it’s none of that. It’s so much bigger and terrible than that. It’s so many combinations of things that these young people will never understand. We can’t teach them all about inequalities that are so deep in this country. I still don’t understand it and I am a sociology and African American studies student. We can’t tell them to stop selling drugs when getting a job at McDonald’s is only paying $7.25 an hour and you need a high school diploma to work there in some places.

As a wise man once said, “the streets are always hiring”. We can ask for many things from youth but I think we need to start asking the question that I ask myself.  I ask myself, what can I do? What can I do so more people make it in this world? People need to ask that question. Especially those in our juvenile system that didn’t need the luck and were privileged and now send those unprivileged to jail. What can you do to help more make it and less fail? Once you ask that question and have a honest discussion in your mind, then maybe just maybe, we all can have a discussion about this system and see how we can help people.

Join LCCR, the Joan Mitchell Center, and community co-sponsors as they bring the Juvenile-in-Justice exhibition to New Orleans as part of National Youth Justice Awareness Month.

Created by acclaimed photographer and advocate for juvenile justice reform Richard Ross, Juvenile-in-Justicedocuments the experiences of children in prisons around the nation through powerful photographs and personal narratives. The traveling exhibit brings viewers into spaces normally hidden from view to tell the stories of the most vulnerable members of our society. Exhibit Runs Oct. 23- Nov. 20.

Written by Shawn Kelly, Intern with the Juvenile Justice Project of Louisiana, a project of theLouisiana Center for Children’s Rights. Shawn is 20 years old and currently attends Loyola University in New Orleans, where he is the President of the Black Student Association. He is one of our paid interns, funded through the W.K. Kellogg Foundation (WKKF), through its Young Men’s Voices have Power in New Orleans (YMVP-NOLA) program. 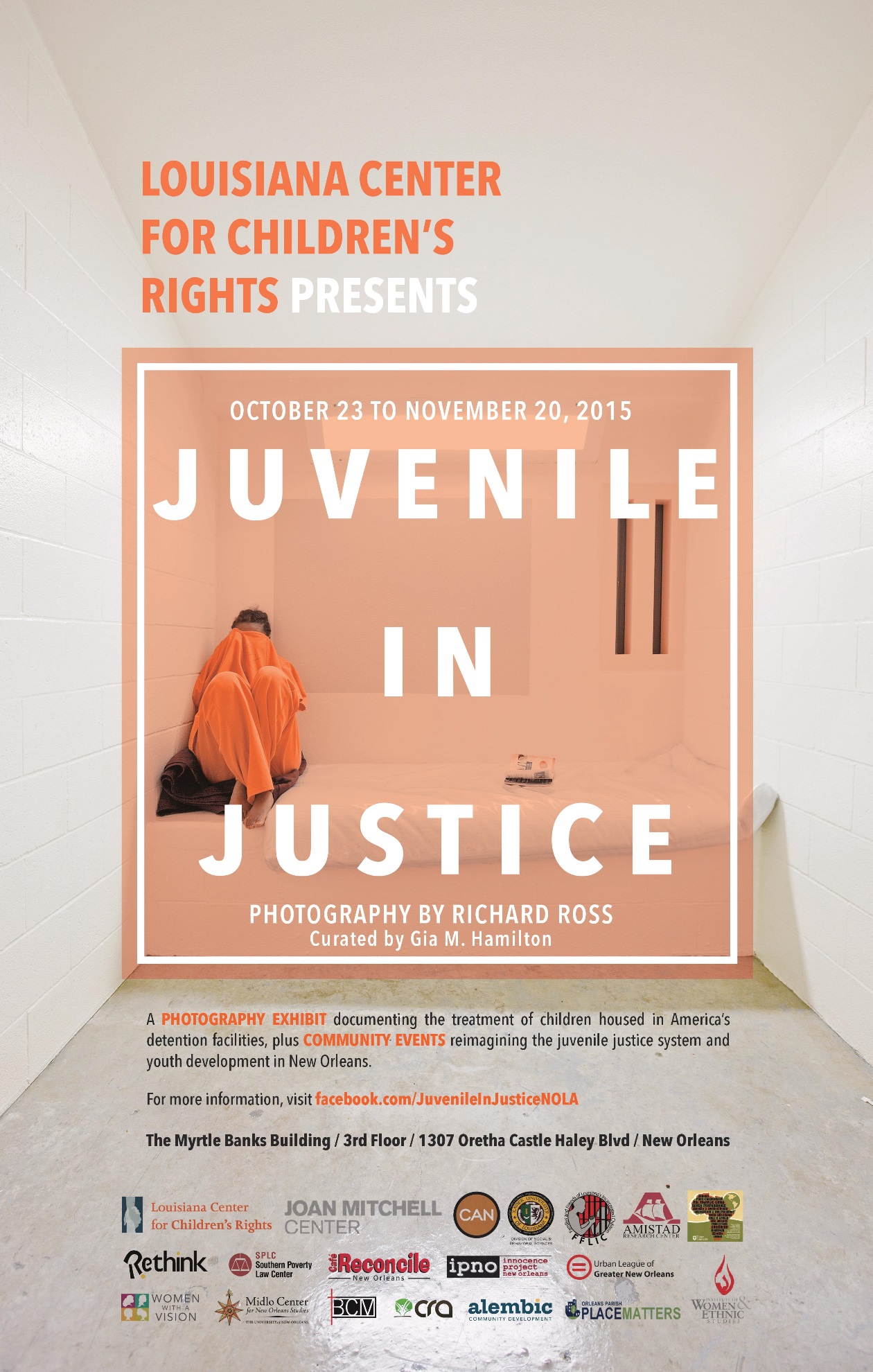