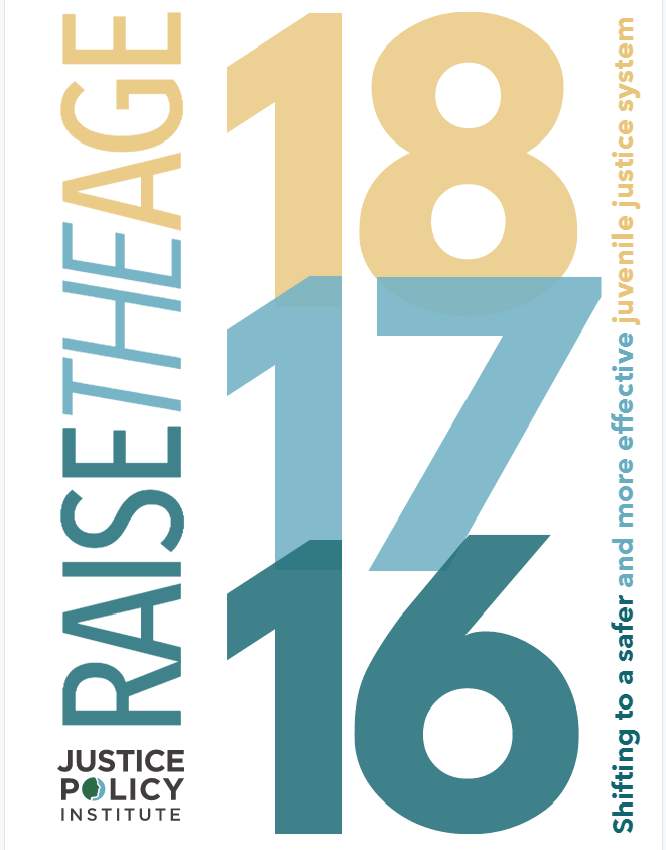 In The Last Ten Years, Juvenile Crime Has Declined and Juvenile Corrections Costs Stabilized in States That Have Raised The Age  WASHINGTON (March 7, 2017) — A new report shows that over the past decade, half of the states that had previously excluded all 16- and/or 17-year-olds from juvenile court based solely on their age absorbed these young people into the youth justice system without significantly increasing taxpayer costs, and the number of youth in the adult system nationwide was nearly cut in half.According to a new report issued today by the Justice Policy Institute, "Raising the Age: Shifting to a Safer and More Effective Juvenile Justice System", while there were dire predictions that states that “raised the age” would be overwhelmed, by shifting to better practices, these states kept young people safe, enhanced public safety, and effectively managed  taxpayer dollars.Since 2007, Connecticut, Illinois, Louisiana, Massachusetts, Mississippi, New Hampshire, and South Carolina have all passed laws to raise the age. In 2017, each of the seven remaining states—Georgia, Michigan, Missouri, New York, North Carolina, Texas, and Wisconsin—are considering some type of legislative proposal that would raise the age from 17 and/or 16 years of age to 18 years of age.“The seven states considering proposals to raise the age this year can move youth from the adult court, jails and prisons into the youth justice system, safe in the knowledge that they can make the change without significantly increasing costs, and keep youth and communities safer,” said Marc Schindler, Executive Director, Justice Policy Institute.Before Connecticut, Illinois and Massachusetts absorbed 16-or-17-year-olds into their youth justice system, there were dire predictions that the change would overwhelm the courts and youth corrections. Instead, taxpayer costs were kept in check and juvenile crime continued to fall.  “This report highlights the impressive impact of raising the age to 18 in states; and is a call to action for other states contemplating reforms this legislative session," said Marcy Mistrett, CEO of the Campaign for Youth Justice. "Raising the Age helps reduce costly commitments, makes communities safer by providing youth with age appropriate services that gets them back on track, and promotes fairness by helping states and localities develop more effective justice systems.”States that raised the age avoided fears that the youth justice system would be overwhelmed for a number of reasons, including that the fiscal impact statements offered by stakeholders in Connecticut, Illinois, and Massachusetts were limited and did not project true expenditure trends.  Youth justice systems also managed the change by shifting to more cost effective practices that are more likely to help a young person move past delinquency and reduce the chances a youth will reoffend, including reduced reliance on confinement.A major reason why states are raising the age is to keep youth safe.

Youth incarcerated in an adult facility are the group most at risk of sexual assault. Sheriffs, along with juvenile and adult corrections officials have called on lawmakers to raise the age to keep youth safe and avoid building new adult jails and prisons, and comply with federal laws, such as the Prison Rape Elimination Act.About Justice Policy Institute:JPI is dedicated to reducing the use of incarceration and the justice system by promoting fair and effective policies. For more JPI publications on the justice system, visit www.justicepolicy.org.

About the Campaign For Youth Justice:The Campaign for Youth Justice (CFYJ) is a national initiative focused entirely on ending the practice of prosecuting, sentencing, and incarcerating youth under the age of 18 in the adult criminal justice system. For additional information, please visit www.cfyj.org.