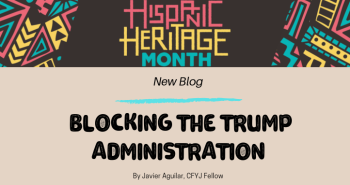 The Trump administration was rebuked by a federal judge on September 27 for its attempt to undo the pivotal Flores Settlement Agreement in an effort to indefinitely detain immigrant children fleeing to the United States for asylum. The judge rejected the sweeping attempt made by the administration that would have given them the authority to keep families in detention centers for as long as it takes to fully process their asylum case and essentially revoked the Flores Settlement Agreement.  This is a critical finding that reflects the well-documented harms of detention on children.

The Flores Settlement is critical to protecting children caught in the U.S. immigration system--and it must be preserved. Yet, as advocates of youth justice, we must not lose sight of the fact that the Flores Settlement provides a “floor” or minimum standard of care for immigrant children. As we have learned when youth are incarcerated in both the juvenile and adult criminal justice systems, detention imposes significant and long term harm on children, including worsened health and life outcomes.  This fact has pushed states to reduce youth incarceration by more than 55% over the past 20 years and serve more children in their homes and communities.

Although we are relieved that the Flores Settlement Agreement remains intact, it is a wake-up call to advocates that we must be doing more. It provides the bare minimum of protection for youth in immigration detention and does little to prevent the trauma and stress that manifest as a result of detention. As youth justice advocates, we must continue to speak out and educate others on the harm caused by detention. All children deserve more than just the bare minimum.